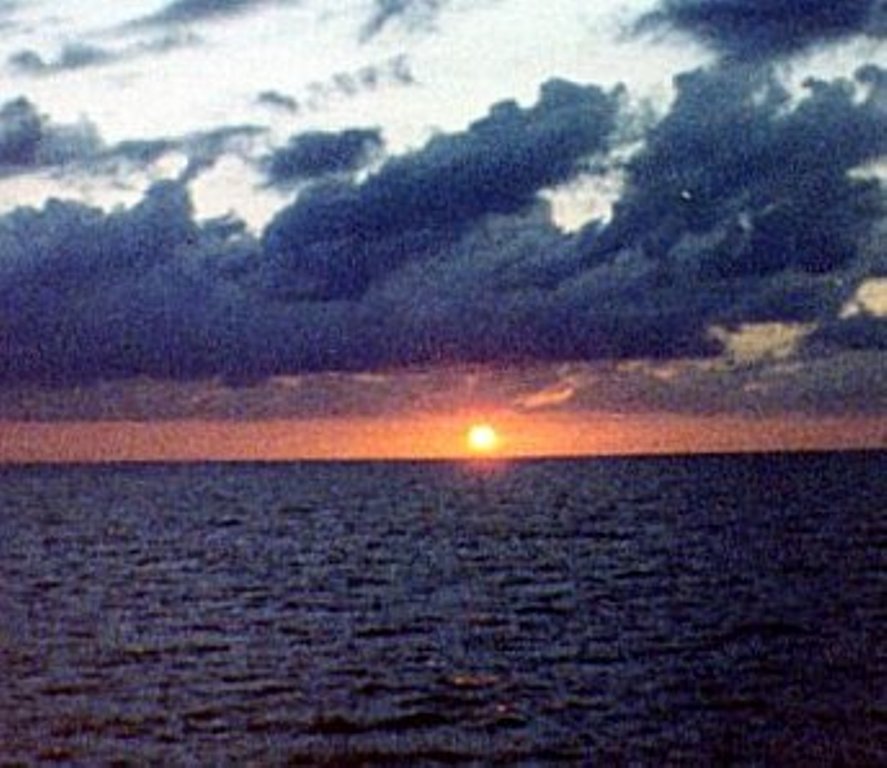 1981-1982
My memories of my one Westpac were great ones. We started out in Guam. While in Guam, we were chased out of port by a typhoon. We returned, only to be chased out a couple of days later by *another* typhoon. From Guam, we went to Subic Bay, ( Liberty in Olongapo City. Does anything more need to be said???) and Diego Garcia, We also spent 30 days off the entrance of the Persian Gulf, at a place simply known as "Gonzo Station!"

The tough part of this section of Westpac was the fact that we spent both Thanksgiving and Christmas at sea. Christmas at sea was brightened by two events. First, the ship received 5 Christmas trees to decorate. It wasn't home, sure, but it was a touch. Secondly, we recieved a visit from the Navy Deputy Chief of Chaplains, and another Chaplain from the Connie just two days before Christmas. The services they held, as well as Christmas caroling on the fantail helped to put the season into perspective.

There were also the lighter sides. We participated in the first of 3 Shellback Initiations of the cruise. (I got my butt beat from the fantail to the bridge, but I got my revenge on the remaining two initiations.)

We were also were treated to 3 great USO shows. There was a variety troupe known as the Starving artists, we got to see the Dallas Cowboy Cheerleaders perform(after we'd been at sea for 3 weeks,) and in Diego Garcia, we got to see comedy legend Foster Brooks.

The Cheerleader show was off the coast of Masirah Island Oman, at the entrance to the Persian Gulf. A group of about 5-10 people decided to stay back on the ship and go fishing. They caught over 200 pounds of red snapper. The entire crew enjoyed the snapper the following night at a fantail bar-b-queue!

After a week in Diego Garcia, we went on to The Maldive Islands. We spent 5 days there, and it was about as close to true paradise as you can get. There were many different resorts, and each resort had it's very own island. It was a great way to recharge ones batteries for the remaining 3 months to come.

From the Maldives, we went to Bunbury, Australia, another 30 days shift on Gonzo, on to Singapore, we made Another stop at Subic, and finally headed home to Pearl.

The highlights of the second half of the cruise were Australia and Singapore. Most of the ships in the battle group went to Perth. Bunbury was a small town, (about 20,000 people,) and we were the only ship there. The townspeople were extremely hospitable and gracious. We were treated like kings. Singapore was exotic, and the shopping was awesome.

One of the scariest nights of Westpac happened the night of April first. It was pitch black, and very rough. We were waiting to refuel from the oiler, when the word came: "Man overboard from the USS Constellation." We immediately launched our lifeboat, and by some miracle, found him. By the time we got him aboard, he had been in the water for over 15 minutes. Another few minutes, and they say he probably would not have made it.

We returned home to family and friends on May 16th, 1982. As it turns out, it was my one and only Westpac. I feel fortunate to have taken part in it, and it could have not been with a better ship or a better crew.

View some pictures of Westpac

Return to the quarterdeck